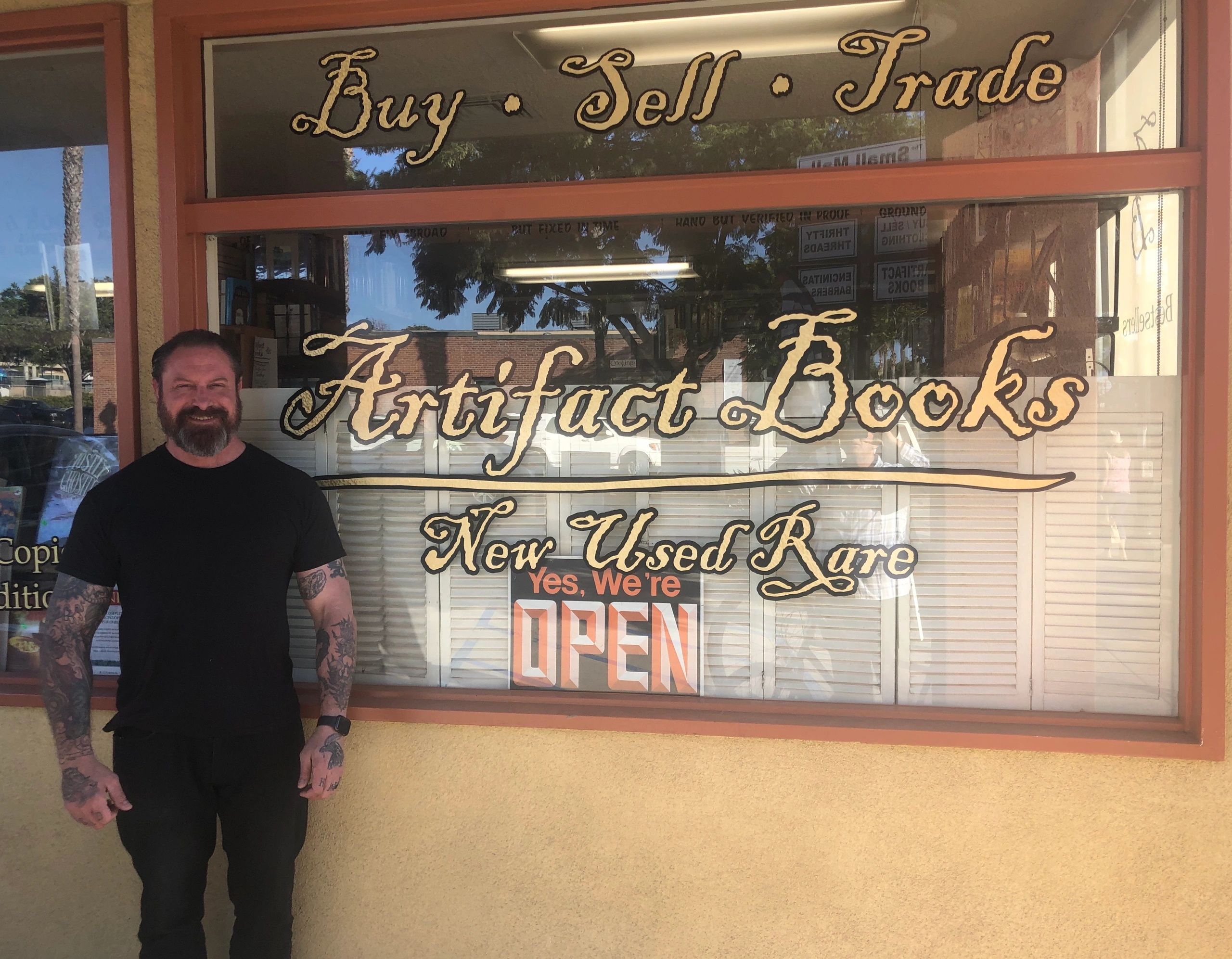 From rare books to best sellers, we have what you love to read.

Get Ready to TIME TRAVEL

Gideon Marcus of Galactic Journey, Hugo Finalist and winner of the Rod Serling Award, is bringing his famous roadshow to Artifact Books, opening a portal to exactly 55 years ago to showcase the science fact and fiction of the mid 1960s.

Join him and blast back to January 25, 1965:  LBJ is President and the British Invasion is underway.  Saturn rockets are scraping the skies.  Hair is getting longer, and hemlines are getting shorter.

On the tube, Twilight Zone has finished its 5 year run, and The Outer Limits has just wrapped up its last episode.  Across the Pond, Doctor Who is roaring through its second season.   In comics, it's truly a new age with a power-packed gallery of Marvel characters familiar even 55 years in the future.

And in print, a softer New Wave is washing over science fiction, exploring the weird and the psychological -- and some three dozen women writers are part of this revolution.

Come experience the thrills and the laughs that have entertained thousands from Worldcon to the National Science Fiction Convention -- right here in Encinitas.  Don't miss your chance... to time travel!

All Books in all genres.

From Non-Fiction to Literary Classics, YA to Sci-Fi, Mystery to Fantasy, Romance to Horror, paperbacks to hardcover first editions, we've got what you're looking for at a great price.

Formerly known as Book Tales book store in Encinitas, Artifact Books carries a wide selection of first-edition, vintage, rare and used books in all genres. Contact us with any requests or come in to browse the signed and rare edtions.

We carry new and used books from all of your favorite authors. Since we buy, sell and trade, the inventory changes daily. Great finds happen every day.

Get 10% off your first purchase when you sign up for our newsletter!

Do you have a question? Are you looking for a book that isn't in our book store? Drop us a line anytime, and we will get back to you with answers.

Find a book for me